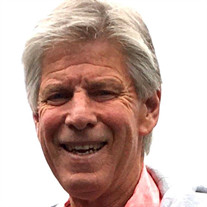 Tim Coffman of Athens, AL, passed away peacefully at his home on January 12, 2022, after a brief illness. Tim was a lifelong resident of Athens and business owner for forty (40) years, serving his community and the state. He started his business in 1982 and built it from the ground up, surpassing even his own dreams of success to ultimately become one of the most trusted and sought-after service businesses in Alabama. He was a lifelong outdoorsman, sporting clay enthusiast, and an avid game hunter, even killing his last deer as recent as December 7, 2021. Tim’s passion for sporting clays allowed him and his son, Cory, to travel all around the South competing, and proudly won him an AL A-1 championship in 2004. As a long-time member of the local AA chapter, Tim shared of his life experiences by sponsoring other members and mentoring new ones. Tim was passionate about his life, his work, his sobriety, and helping others, but most of all his family. Tim was married to and survived by his loving wife Jaime Coffman of 44 years. He is also survived by their two children: Ashley Brown and Cory Coffman, son-in-law Shane Brown, 3 grandchildren: Easton and Asher Brown, Everly Coffman, and his sister Tammy Coffman. Tim was proceeded in death by both his parents Milton and Betty Coffman. He will be so missed by his family, friends, and the community at large; but his memory and his life’s contributions will live on in all of us. A Celebration of Life will be held on Tuesday, January 18th, 2022, from 4:00 to 6:30 p.m. at Limestone Chapel Funeral Home. Psalm 147:3,4,5: “He heals the broken hearted and binds up their wounds. He determines the number of stars and calls them each by name. Great is our Lord and might in power! His love has no limits.” “When I come to the end of the road, and the sun has set for me, I want no tears in a gloom filled room…. why cry for a soul set free.” In lieu of flowers, please send donations to Hospice of Limestone County.

Tim Coffman of Athens, AL, passed away peacefully at his home on January 12, 2022, after a brief illness. Tim was a lifelong resident of Athens and business owner for forty (40) years, serving his community and the state. He started his business... View Obituary & Service Information

The family of Tim Coffman created this Life Tributes page to make it easy to share your memories.

Tim Coffman of Athens, AL, passed away peacefully at his home...

Send flowers to the Coffman family.