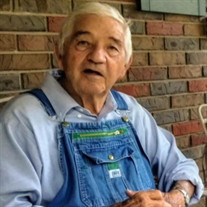 The family of Marlin "Marvin" Stubblefield created this Life Tributes page to make it easy to share your memories.

Marlin “Marvin” Stubblefield, 82 of Elkmont, passed away on Thursday,...

Send flowers to the Stubblefield family.